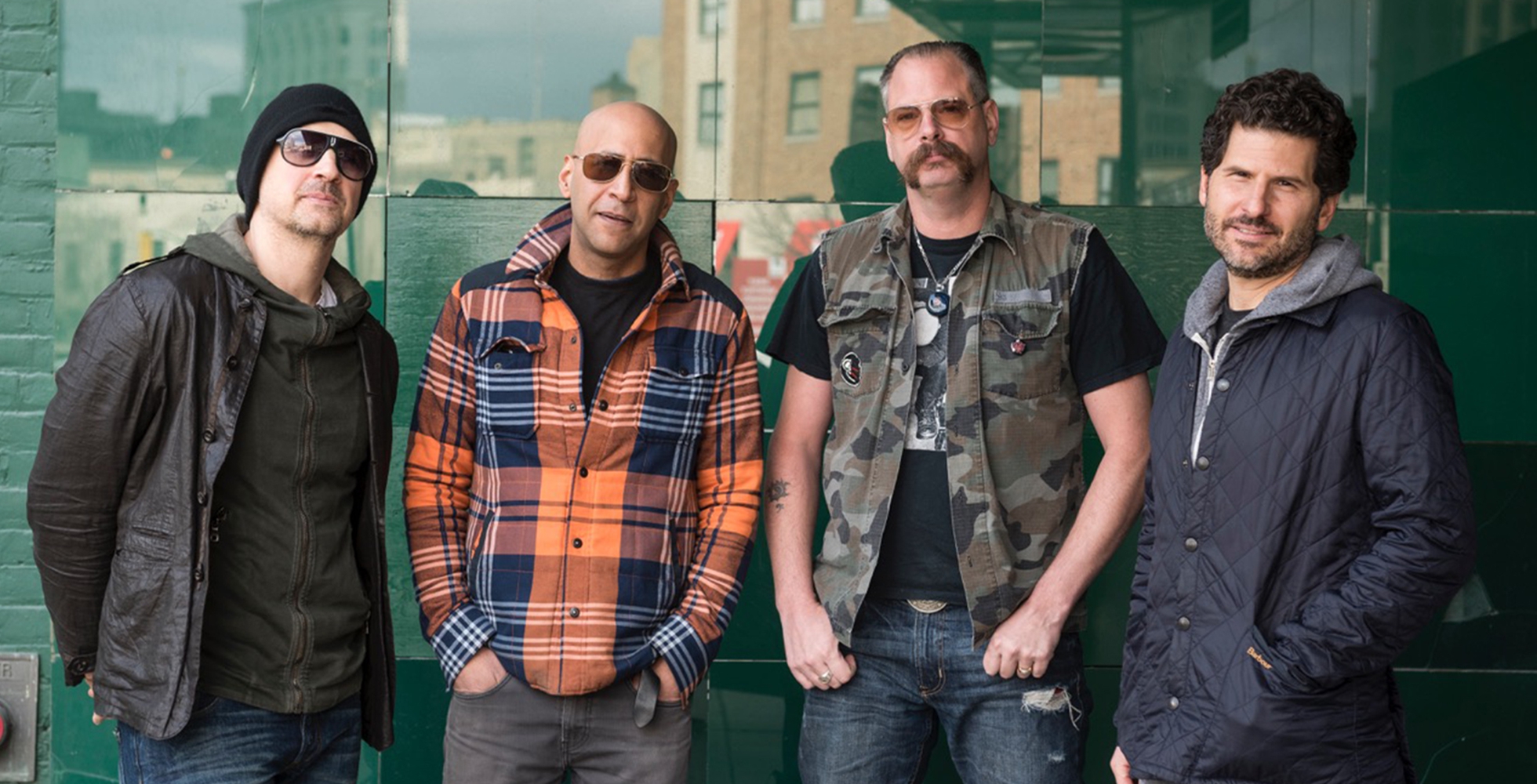 The group was formed in 1988 in Winnipeg, Manitoba by vocalist Daniel Greaves, guitarist Joey Serlin, bassist Pete Loewen and Greaves' first cousin, drummer Sammy Kohn. Serlin was a comic fan and named the group after the DC comic.

The band toured Canada extensively and became a popular live act, largely on the strength of its energetic shows, which invariably featured an a cappella performance by Greaves at some point in the set. Greaves often covered songs by Billy Bragg, Simon and Garfunkel, Lyle Lovett, The La's, Tom Waits and others during these solo spots, and fans came to look forward to them as a highlight of each show. On rare occasions, Greaves performed more than one a cappella song in a set: at one 1998 performance broadcast live on radio, Greaves entertained the in-person audience during commercial breaks by singing Nicarauguan folk songs in addition to performing Billy Bragg's "Between The Wars."

The band was discovered by producer Chris Wardman while playing atToronto's Horseshoe Tavern. Wardman offered to produce the band, and they released their debut album, McLaren Furnace Room, in 1992. (The album was named for one of the band's rehearsal spaces, the furnace room of the McLaren Hotel in Winnipeg.) The album was released by Wardman's Sumo Productions and distributed by MCA records. The single "Cracked" garnered the band significant airplay on rock stations, but was quickly eclipsed by the anti-spousal abuse anthem "Run and Hide", which became the band's breakthrough hit.

In 1993, Loewen left the band amicably to spend more time with his family. At the urging of Watchmen manager Jake Gold, Newfoundlander Ken Tizzard auditioned and replaced Loewen as the group's new bassist. Members of the Watchmen have commented that Tizzard's recruitment sparked a change in band dynamics and songwriting: before Tizzard joined the group, most the songs were written by Serlin alone; afterwards, the majority of songs were group compositions, with Serlin and Greaves sharing lyric-writing duties.

The band's second album, In The Trees, was released on MCA records in July 1994. The record was a major success, confirming the band's place in Canadian rock with the hit singles "Boneyard Tree", "All Uncovered" and "Lusitana". The album was certified Platinum in Canada after selling over 100,000 copies.

Their 1996 album Brand New Day included singles "Zoom", "Incarnate" and "Shut Up". The band launched an extensive tour of Canada and Europe which lasted into 1997. The album provided the band with their second Juno nomination as they were nominated for North Star Rock Album of the Year at the 1997 Juno Awards.

Following this album, the band left MCA records and was signed to EMI. 1998's Silent Radar was the band's return to commercial success, with the hit singles "Stereo", "Any Day Now", "Brighter Hell" and "Say Something". The album was produced by Adam Kasper in Seattle's Studio Litho (owned by Stone Gossard of Pearl Jam fame), and was released in March 1998. That autumn, the band won a MuchMusic award for best of use new technology, owing to the inclusion of innovative web- and CD-ROM-based features on the Silent Radar CD. On the strength of the album, in 1999 the Watchmen also toured Australia for the first time, where "Stereo" received airplay on Triple J. They toured the nation with The Screaming Jets, and also made an appearance on the ABC-TV show Recovery, performing "Say Something."

Following the Silent Radar tour, Sammy Kohn amicably left the band to work in the music business. The band had been experimenting with electronic and industrial textures prior to Kohn's departure, and performed tracks with electronic features live during Kohn's final tour with the band. After Kohn's exit, the Watchmen moved sharply towards electronica, using programmed electronic drums on new recordings rather than recruiting a new live drummer.

The Watchmen's 2001 album Slomotion saw the remaining members experimenting with more industrial textures and making use of a drum machine to replace Kohn. The band also packaged the album with a second greatest hits disc. The album’s singles were "Absolutely Anytime", “Holiday” and “Slomotion”. Drummer Ryan Ahoff joined as an auxiliary member for the subsequent tour, and the band performed with a mixture of live drums and programmed drum tracks on its newer, more electronic material.

In November 2003 the band decided to go their separate ways. However, they decided that before they did so, they would perform one last short tour across Canada as a "Thank You" to their fans. The farewell tour included 9 concerts in 6 Canadian cities and 1 American city. Ahoff again joined the band for the tour which also saw a guest appearance by original bassist Pete Loewen during the encore of their last hometown show on December 20th. The tour ended in Buffalo on December 31st.

In the fall of 2008, the "classic" lineup of Greaves, Serlin, Kohn and Tizzard announced a small reunion tour. Kohn convinced the other members to take part in the reunion tour after showing them a myspace page where fans still talked about their favourite songs, and performances. The Watchmen played in Ottawa leading up to two sold out shows at The Horseshoe Tavern in Toronto. The following month they played a short 45 minute set as part of Powerball in Winnipeg and a show in Calgary.

In 2009 the band released two new songs on their website “Trampoline” and “Miss Monday Morning”. These quickly became popular with fans during shows performed that spring and summer in London, Burlington, Winnipeg, Calgary, Ottawa, and Regina. September brought about another couple sold out shows at The Horseshoe Tavern. With an electrifying energy in the crowd it was clear these shows would become a yearly tradition.

In the past 5 years the band have had their history documented in both a DVD and in a book. Winnipeg filmmaker Reil Munro released his DVD documentary “All Uncovered – The Watchmen” in 2010 which quickly sold out over 4 shows in Toronto and Winnipeg. In 2014, debut author Vanessa Azzoli released “Uncovered: The Story of The Watchmen” which co-aligned with the 20th anniversary of In The Trees.

The band is active with their fans through social media, sharing rare photos and even a full-length live show download from a performance in Australia. With all the excitement that still surrounds them, The Watchmen continue to sell out shows across Canada year after year.