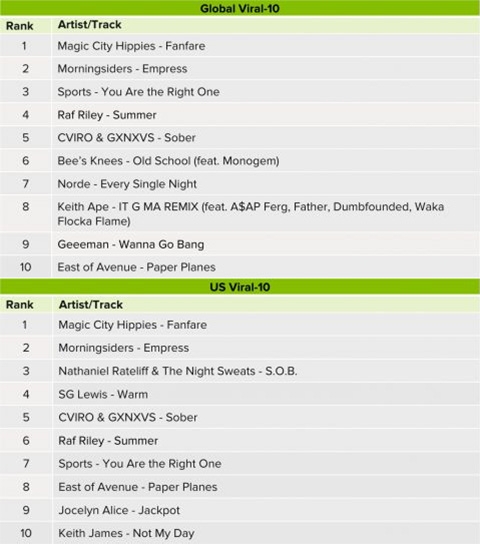 ‘Paper Planes’ has taken off on Spotify’s Viral Charts, hitting #10 worldwide and #8 in the USA.

East of Avenue’s hit single, which reached #20 on the Mediabase AC charts and #29 at Hot AC in Canada, has gone viral — taking the United States and the World by storm. To date, the single has been played nearly 1.3 million times worldwide on the streaming service.

Based on a combination of streaming data and share data, Spotify’s Viral Chart showcases the music that will be hot next, before it hits the mainstream. With ‘Paper Planes’ trending around the world, East of Avenue aren’t coming down any time soon.